Pictured below is a large retaining wall that we built to control erosion behind a nice home in Arlington.  The wall was constructed with pressure treated 6x6 timbers because they will always be exposed to water, wind, snow and ice, freezing and thawing and will last approx. 20-30 years.  The wall is buitl to code and designed to keep the hil from sliding, so the homeowners are protecting their back yard, and home value at the same time.  Not sure if it was required by Arlington County, but it is an excellent idea. 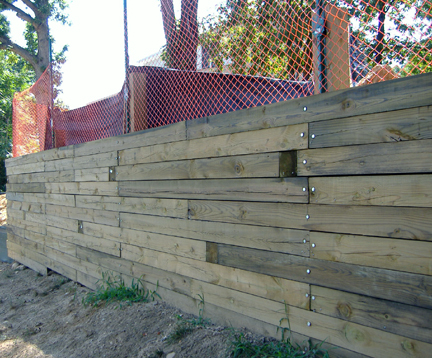 Pictured below is another medium size retaining wall on an adjacent property in Arlington.  The reason for the wall is the same, and it will be greatly appreciated over the years. 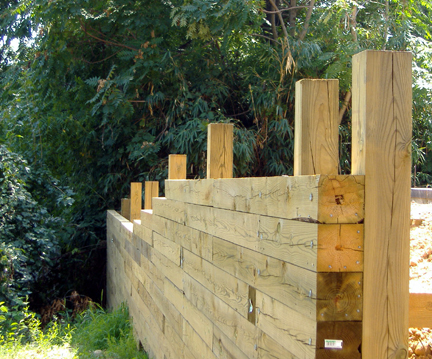 Here a a side view of the first large retaining wall that was shown in the first photo to give you an idea of the entire scope and width of the large wall.  Because of the amount of work involved, the wall is not cheap, but well worth every penny. 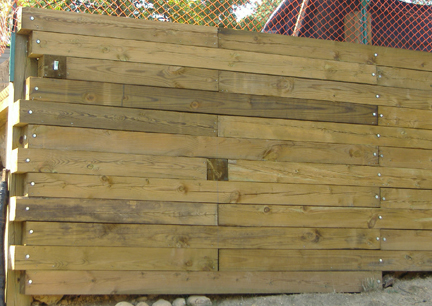 Wide view another retaining wall in Arlington where you can see some of the hillside coming down the meet the wall.  Before the wall was erected, there was a definithe problem with mudslides, and water runoff was taking far too much dirt on to a neighbor's propety.  Trust me, that neighbor is much happier now that the runoff is containted, and the adjacent propety owner get to keep all of his backyard intact. 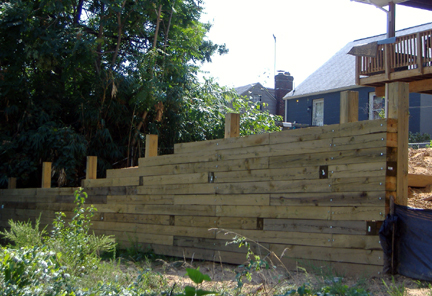 Due to lots of and lots of heavy rains recently, many homeowners have been faced with needless basement flooding (and other areas), and substantial loss of property and often wages, due to water intrusion into their homes.  To add insult to injury, many have also lost some personal valuables that can never be replaced.  Even if you have insurance, it is always better to avoid these losses if at all possible due to the sheer inconvenience alone.

Filing insurance claims for these losses comes with a extra price tag for all of us because all of oour rates go up.   While I did not personally have a claim last year, I was also faced with a whoppping increase in my homeowners insurance due to massive losses by my carrier who happens to be State Farm.  While no one wants an increase in their insurance rates, this could clearly not be avoided due to huge claims in 2011.  If you think back to three huge events last year, you will quickly see what I mean.  On August 24, 2011, we we hit with a rare earthquake that caused substantial damange to the Washington Monument, the National Cathedral, and hundreds of private homes, schools and businesses.

After that events. we were faced with Hurricane Irene that dumped some 13 inches of rain on many parts of the Washington area.  Needless to say, thousands of homes were flooded and we were completely inundated with calls 24-7 by homeowners who wanted us to come out to get water out of their basements even before the hurrnicane was over.  We helped as many as we could, but obviously could help too many because everyone wanted our help at the same time.  Obviously, we enjoyed the extra business but knew that most of these calls and a lot of the damage could have been avoided by taking precautionary steps to keep water away from your foundation and out of your home to begin with.

Shortly after Hurricane Irene hit, we were faced with a hugh tropical storm named Lee that dumped approximately 11 inches of rain on the area which was already completely saturated with water.  Now--there is round two of the "The Great Floods" of 2011.  Well, here we go again, scrambliing to get water out of basements and other areas, and the insurance companies were hit with more than 18,000 clamin in the Washington Metro Area.  Hopefully, this won't happen in 2012, but I would not bet one cent that it won't.

Months after the two storms hit, we were removing drywall and mold from basments that took on water during the two big storms.  Many of the homeowners asked us how this could have been prevented, after their carpets, furniture, and personal items were destroyed,  Many did not have insurance coverage and had to literally pay thousands and thousands of dollars to get rid of the mold, water soaked carpets and padding, drywall and personal items to get these area back into a livable condition.  While they were shocked and weary from these big "Acts of God," they had a sense that if they took some precautions earlier, some, or nearly all of this damage could have been prevented.

No doubt that we will be hit again in 2012 with huge rainfalls, if not hurricanes and tropical storms, rainfalls that dump inches and inches rain on us in a short period of time, and we want to give you a leg up on prevention.

Here's where we can help.  We will come out to give you a free evaluation of your drainage situation around your foundation and basement, if you have one.  The fix could be as easy as adding black drainage pipe to your down spouts, or adding fill dirt in key areas around your foundation to channel water away from your foundation.  (FREE TIP)  Common sense quickly tells us that any water directed away from your house, cannot come in--period.  Secondly, larger gutters and downspouts could also solve your problems.  Another fix might be to simply dig out around your foundation (which could have cracks), and seal if with black tar.  Simple fix, but it often works!  After the black tar is applied, we install a vapor barrier for added protection. 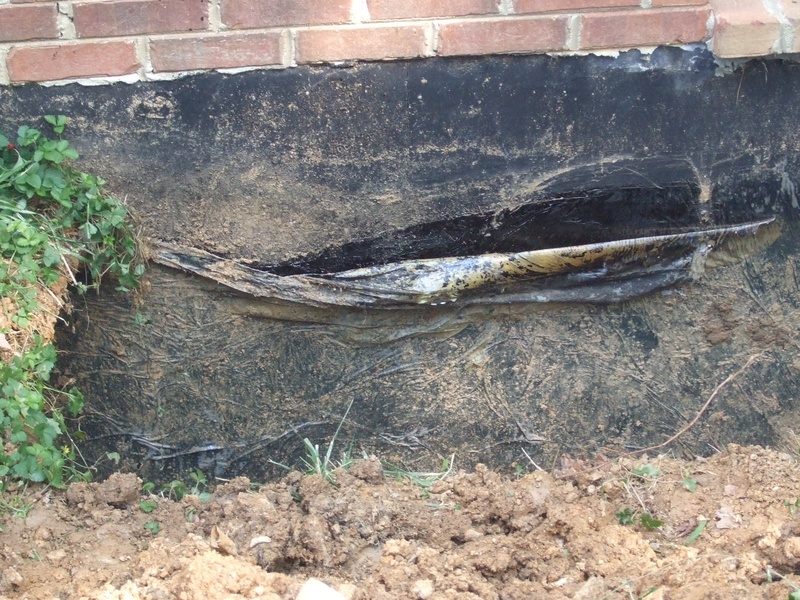 Traditionally, these kinds of fixes are not to expensive as fixes go, but are clearly no comparsion to a loss of carpet, furniture, personal items and the added inconvenience of leaving your basement area due to flooding.  Snce this is one of our favorite things to do, we are confident that we can probably help you, even though we cannot guarantee you that you will never be flooded again, because mother nature is just to powerful and too unpredictable for our fixes.  Case in point--A local contractor who is a friend, told me a case where a local home in low lying areas (Huntington in Alexandria), took on so much water that they had to be condemned!  Clearly, in that situation, no amount of prevention could even begin to go against mother nature, but in most cases, common sense approaches would suffice.

Finally, if "surface drainage systems" do not work in your case, we will recommend underground drainage that will also channel water underground to the nearest discharge point into the stom sewer.  This approach is more expensive, but can often be the only solution to your problem.  Here's some photos showing an underground system in Fairfax home off Chain Bridge Road, that suffered substantial basement flooding.  After more than three years, they recently told me that they suffered no more water intrusion into their basement. 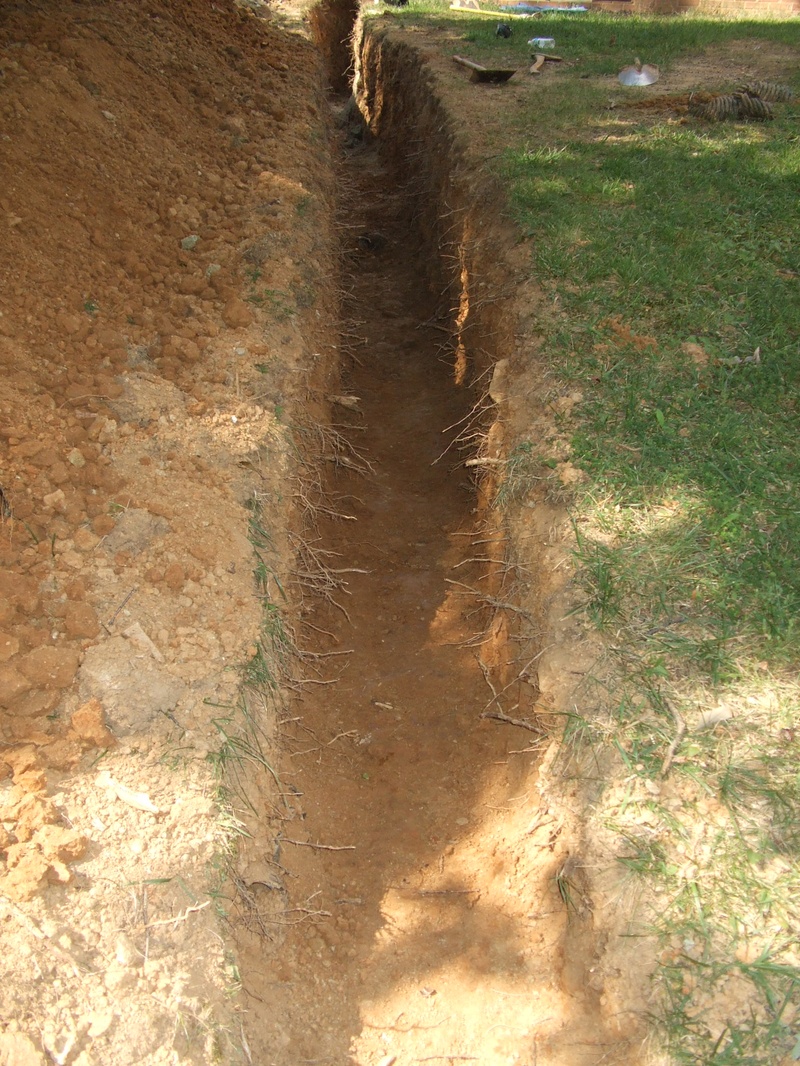 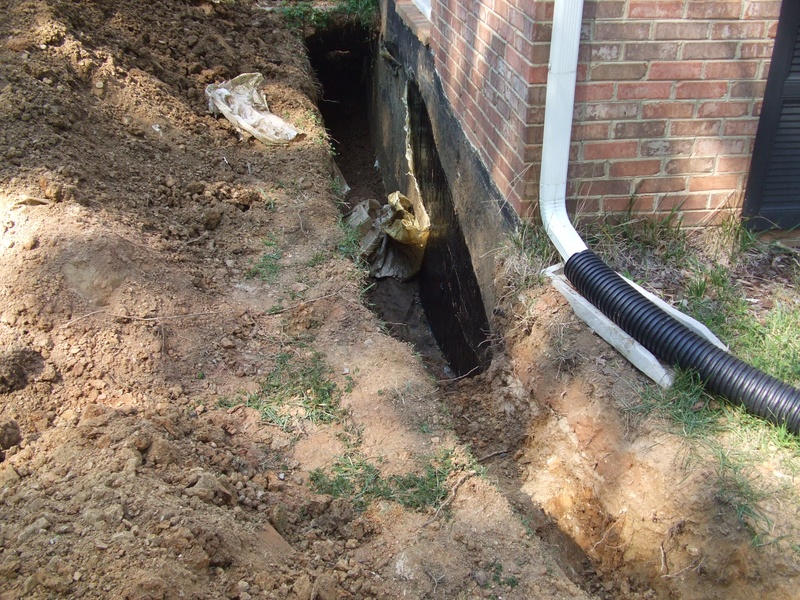 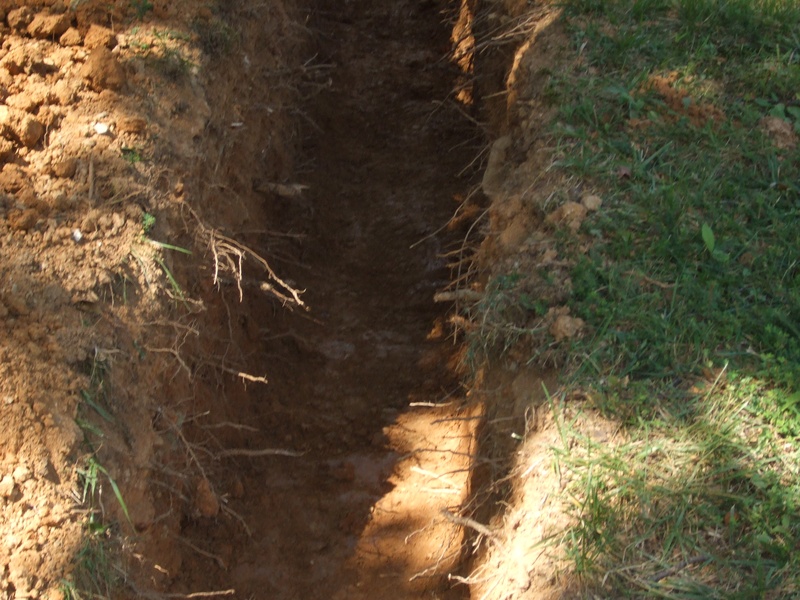 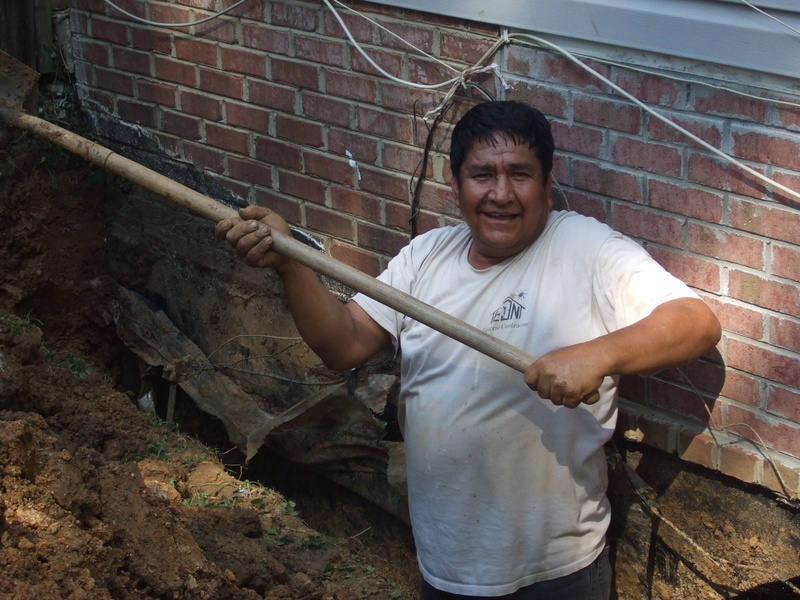 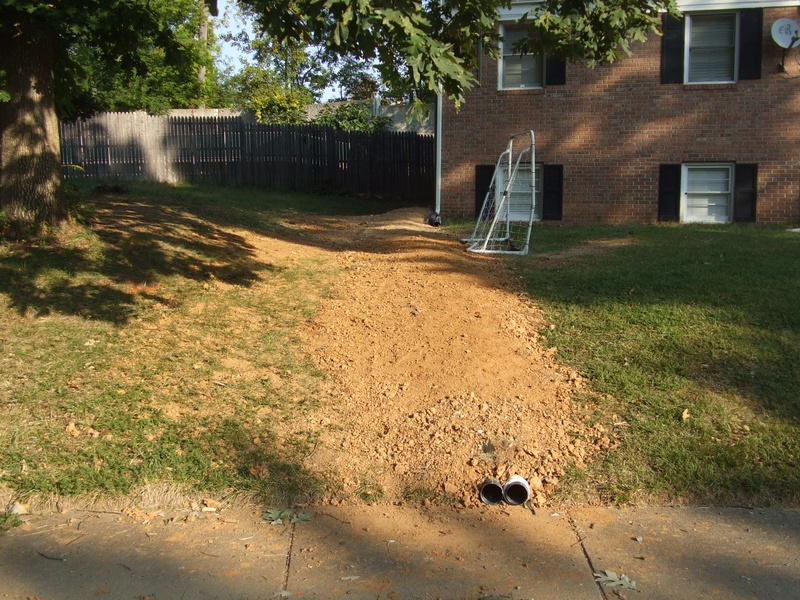 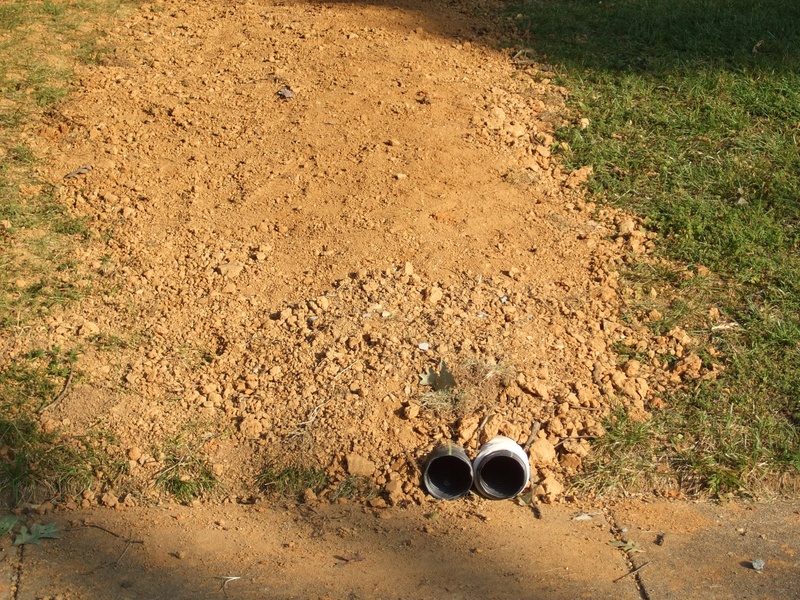